The Sabil War in Sungai Manik started when a Malay Communist named Mail Rudo from the main Communist Camp in Sungai Tungku was shot dead by a Banjar rebel/fighter named Utoh Putih at Parit 6, Pekan Rabu, Bendang D.O, now known as Chenderong Balai The Communists at that time were renowned for being ruthless towards the villagers.

The Communist often kidnapped people who were said to be close to the Japaneseor did not want to co-operate and the kidnapped victim would be murdered and the body thrown into the Perak River.

About the incident of Mail Rudo being killed it was because he tried to force the villagers in Bendang D.O. and Sungai Manik to join the plight with the Communists. The Communist Army then started to look for the person who killed Mail Rudo.

After the killer of Mail Rudo was identified, the Communist Army armed with MK5 Rifles headed for Parit 6, Pekan Rabu and killed Utoh Putih. Utoh Putih was shot dead by the Communists while sleeping in his house. 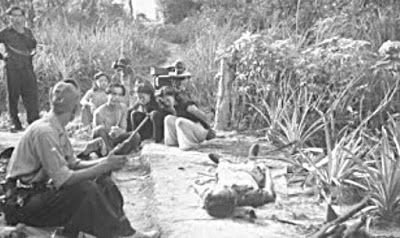 The death of Utoh Putih caused the villagers to be more angry and the wrath of the villagers against the Communists increased when the Communists at the Sungai Tungku Camp demanded that the villagers surrender several young women to them for them to satisfy their lust if this demand was not fulfilled within a week, Bendang D,O, and Sungai Manik would become barren lands. 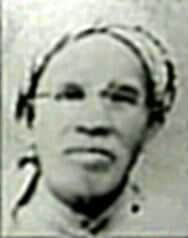 A religious leader of Banjar descent named Patuan Guru Haji Bakri who originated from Batu Pahat became the leader to awaken the Malay and Banjar people to defend their dignity and rights.

He succeeded in gathering the Malay and Banjar people from around Bendang D,O, and Sungai Manik to rise in defence against the Communists, On the last day before the time fixed by the Communists expired, the rebedls/fighters of the Sabil War carried out an ambush attack on the position of the Communists at their small camp in Bendang D.O.

Almost 30 Communists were hacked to death by the Banjar rebels/fighters and it was then that the Sabil War started between the Malays and Banjars against the Communist around Sungai Manik.

The incident of the ambush on the position of the Communists at Bendang D.O. by the Malay and Banjar people caused the Communists to retaliate by burning and destroying Malay houses and settlements along the Perak River.

Armed with parangs and bestowed with “wafaq” from Tuan Guru Haji Bakri (headbands inscribed with the word agreement) the rebels/fighters of the Sabil army strted to attack/batter the Communist Army in Sungai Tungku. 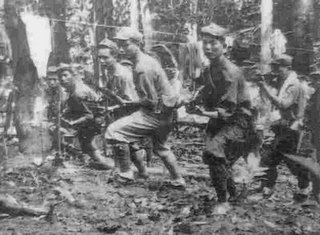 Five Communist leaders succeeded in escapting during the attack. The war continued for while until the British Troops from India arrived and brought peace to bendang D.O. and Sungai Manik.

The war caused tension between the Malays and Chinese to prolong. As a result, many shops and Chinese settlements in Sungai Manik, Chenderong Balai until Kampung Gajah were destroyed, Many of them moved to Chinese Settlements in Teluk Anson which is now known as Teluk INtan, Langkap and Chu Chak.

Where Is Kamal Ashnawi, The World’s Richest Perak Born Trillionaire?