As we have been told the existence of Gua Tempurung has ben since thousands of years ago It has also been a place to live for people and for people to get protection as evidenced by the ancient paintings on the walls of the biggest limestone cave found in Peninsular Malaysia.

Many mystical and mysterious tales are often narrated by users of the North South High Way when passing through the Gua Tempurung area This is because the area is one of the areas where fatal accidents often occur.

It is said that it is mystical beings who disturb and are the cause of the accidents although originally the actual cause was negligence of the drivers who like to speed in the area.

The structure of the terrain around Gua Tempurung which is located near the North South High Way is mountainous an covered with thick equatorial rain forests.

And nowadays what we an see is that many of these mountains have been infiltrated to log the timber, take the rocks and other produce of the earth to fulfil the needs and requirements of mankind himself, i.e. material to build settlements. 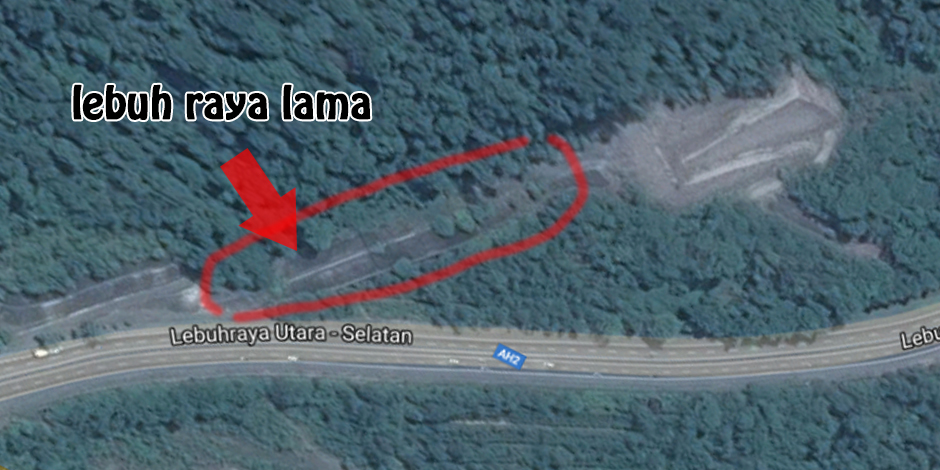 Probably these are the factors that have contributed towards the cases of land slides that have occurred several times in the said region.

Do you still recall the land slide on 6th January 1996 that occurred close to the Gua Tempurung Rest and Recreation Stop? The incident that occurred on that day has left signs that we can still see today.

The land slide incident which shook Malaysians at that time happened in between the mountains at kilometre 303.8 at the North South High Way. It is located exactly within the area of Gua Tempurung and close to the Gua Tempurung Rest and Recreation Stop.

You will surely notice the existence of the old High Way which has been abandoned and not used since 1996 when passing by this area It has been abandoned because of the land slide which caused the structure of the High Way bridge to b damaged badly and is probably difficult to repair.

When you pass along the High Way in this area heading south observe the left side of the High Way route which is currently used. There you will see the signs of the old High Way bridge which has been abandoned. Actually the route which we are using nowadays is a new route which was built to avoid the land slide area. 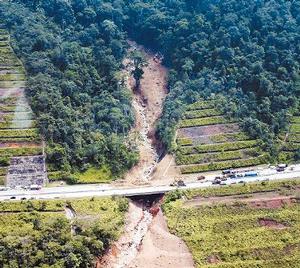 As a result of the land slide a lorry driver who was travelling along the stretch was killed on the spot.

Prof. Dr. Ibrahim Komoo from the Institute of Environment and Development , University Kebangsaan Malaysia (UKM) alleges that the land slide incident which occurred in the area close to Gua Tempurung was the result of a mud flood.