Parit Buntar is the last city in the Perak region as it lies in the border between Perak and Pulau Pinang. The Parit Buntar City is situated in the crossroads between the entrance to Serdang and the Lubuk Buntar, highway exit.

The alternative route from Parit Buntar to Butterworth can be travelled through Jawi exit as well as Bandar Baharu to Kuala Lumpur.

The name “Parit Buntar” is said to have been taken from the name of a prominent leader named Tok Buntar. 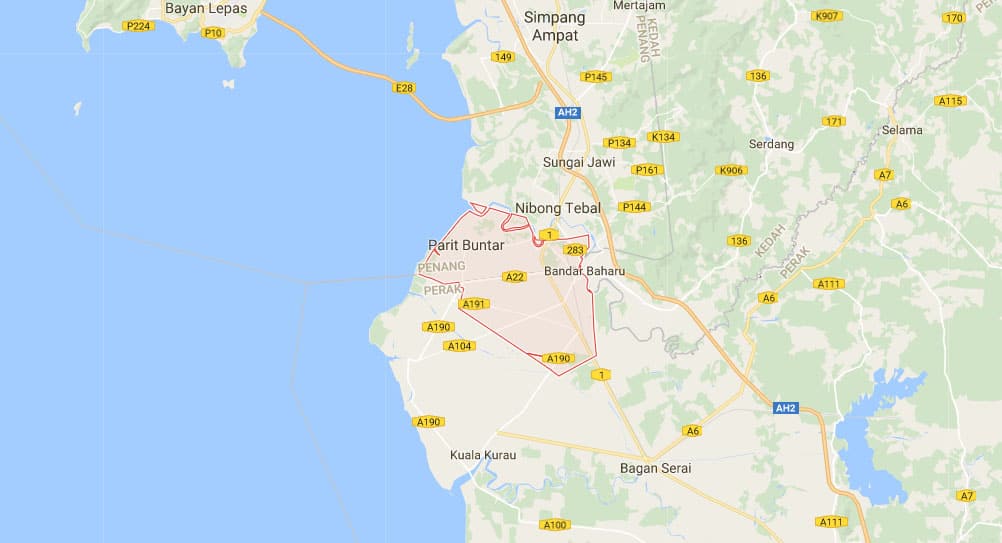 He was very famous and had rendered distinguished public service in the past. He and his men were responsible for building a “parit” or trench that started from Sungai Kerian that was used in the paddy fields.

The monument is considered as a reminder the development and the peacefulness of the people of Parit Buntar. Bandar Baharu, Kedah is also connected to Parit Buntar via a bridge that crosses Sungai Kerian leading to the Plus highway making the towns of Parit Buntar located in the river estuary. 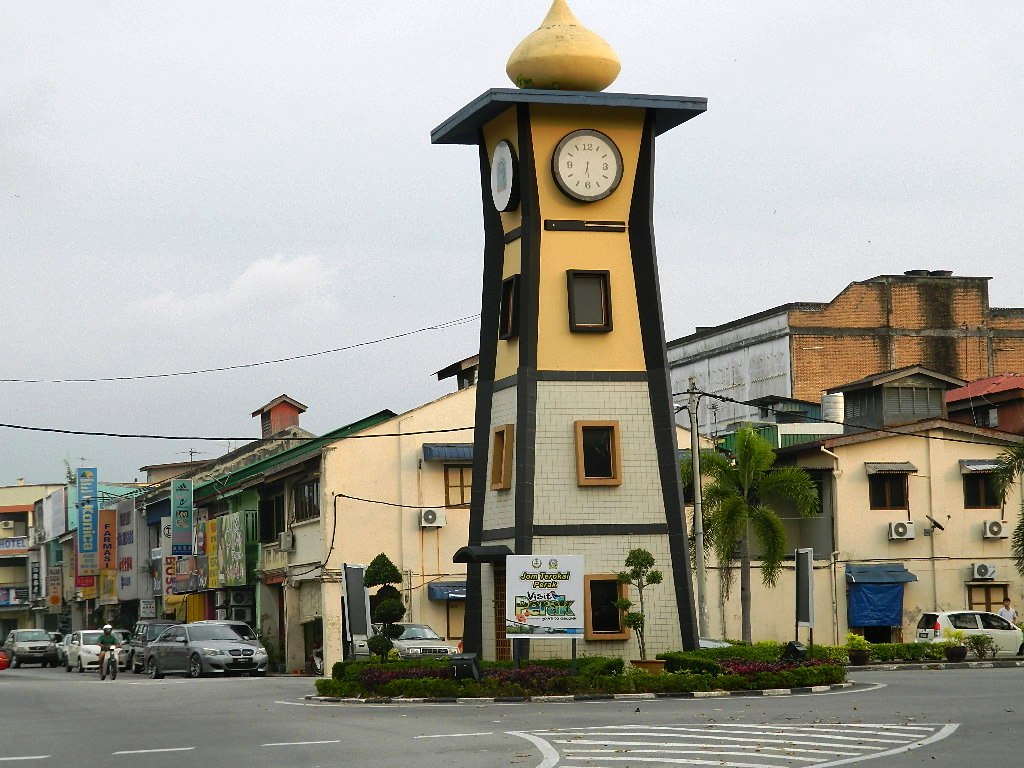 Sungai Kerian had its dark past. 13th September 1972 remained a bleak event whereby a ferry sunk, killing 27 people on board with the majority of the victims were the pupils of SMJK(C) Kerian.

In the past, the river bank was famous for its dining outlet known as Gerai Terapung. At that time, Gerai Terapung became a go-to place for the folks of Parit Buntar.

During that moment in time, the outlets along the river bank were the main destination for the people residing in Parit Buntar to buy branded sportswear, hardware items, kitchen utensils and an array of other items.

There are 6 paddy factories including a rice-keeping warehouse belonging to LPN (Lembaga Padi & Beras Negara). There are two cinemas namely Cathay Cineplex located at Jalan Syarikat and Capitol Cineplex situated at Jalan Ria.

The main public transport used from 1960’s to 2005 is via bus in which a company known as Red Omnibus has operated linking the Tanjung Piandang via Sungai Bakau/ Kedai Empat (Jalan Bawah) Titi Serong (Jalan Atas), connecting the Kuala Kurau town via the Batu Lima town, linking thr Bagan Serai and Taiping via Jalan Persekutuan. The main bus station was located in front of Majlis Daerag Kerian, Jalan Taiping (5.128458°U, 100.489652°T).

Apart from taxi service, there was also a long-distance transport like Keretapi Tanah Melayu (KTM)(5.128832°U, 100.486718°T) whereas nowadays Hentian Raya is established in order to link all the main cities in Peninsular Malaysia.

Today, the local bus services had been terminated as there was no demand for such service. The majority of the people in Parit Buntar work as farmers that work on the paddy fields, oil palms and rubber whereas the remaining residents engage in business as well work in the private or government sector.