An elephant named Mek Seri Wangi or better known as Aduka was extremely popular in Gerik a long time ago around 1980’s. Speaking about elephants in Gerik was never a surprise since we knew how elephants had been synonymous with our citizens in the early days before independence was achieved.

The native and the locals in Gerik were definitely used to and knew about the story of an elephant, enormous in size; named Aduka which has now become a legend. Since Aduka’s glorious days, it was always spotted by the local everytime the military brought it to the airport. Aduka’s existence was never bothersome to them as it was said to be very tame. 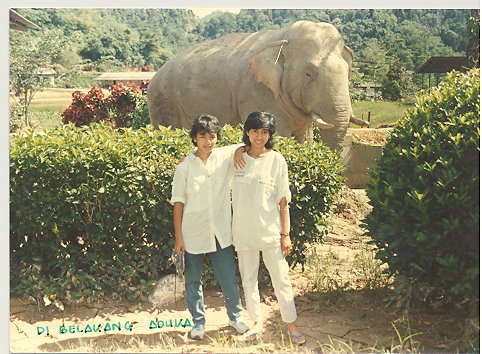 This legendary elephant named Aduka was initially encountered when it was roaming around in Hutan Belum. When first discovered – estimated in 1980’s – they were alarmed by Aduka’s size which was as gigantic as a house. Despite that, it was incredibly tame and ever since had a keeper who never felt tired to care and feed it.

Aduka’s original keeper was a guard on duty in Area Controlling Unit (UKK). This individual was the one responsible to guard the area of Empangan Temenggor (Temengor Dam) for 24 hours everyday because of its huge importance to the Perak State as well as to Malaysia.

One interesting thing about Aduka’s behaviour is that it will act violent in order to guard its territory from being trespassed by other wild elephants coming from the jungle. Possessing a massive physique and a pair of white, sharp tusk, Aduka always succeeded in preventing the wild elephants from sleeping in the middle of the road which could block the traffic and thus preventing the citizens from utilizing the East-West Highway.

To the loyal readers of orangperak.com, for your information, Aduka constantly spent its time patrolling its territory in the jungle. It’ll return to the guard camp once in every two to three weeks to be fed with its favourite food. Some of them include bread, cereals, white rice mixed with ripe bananas and various others which shall be provided by its keeper.

As we- the user of East-West Highway- all knew, what is the most sensible action to be taken by a driver if our car is blocked by a wild elephant while we’re on the road? Yes, obviously we should switch off the engine, shut off the light, not honk and stand still while praying for it to move away. 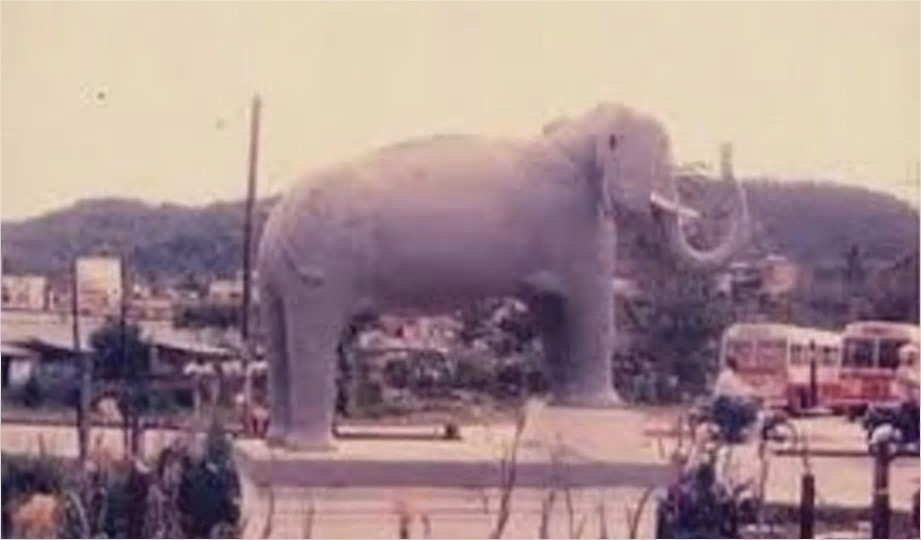 At times, Aduka itself tried to stop the cars from continuing their journey through the East-West Highway. According to the locals, Aduka took such action to warn the people on the danger waiting in front. There might be another herd of wild elephants crossing by or other hazards ahead.

This was proven when Aduka hindered a Water Supply Department’s truck from extending its journey through the East-West Highway. The group of workers from the department was actually on their way back after finishing their job in Empangan Temenggor.

Those who were stopped could only afford to stay still, shut off the engine and wait patiently. They complied with Aduka’s behaviour and waited for Aduka to rise and walk away thus giving way for the drivers to continue their journey.

They waited from late evening until late night, for almost five long hours for Aduka to move. Right after Aduka entered the jungle, they immediately extended their journey once again. While on their way home not far from the site where they were previously blocked, they were astonished to see the trees around them fell apart here and there as the result of being smashed by a herd of wild elephants. 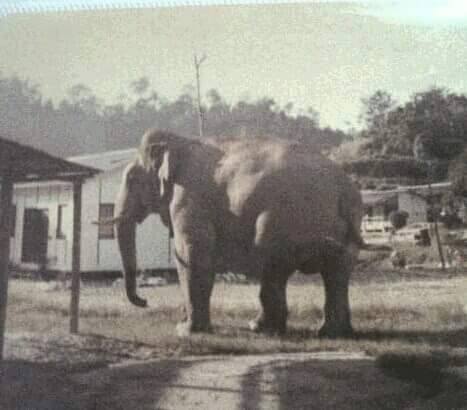 Indirectly, Aduka’s act of stopping their journey back then had saved them from being attacked by those wild elephants. This might be a coincidence but the theory on being blocked by Aduka to prevent dangers were proven in many other events which were almost similar like the one experienced by the Water Supply Department’s workers.

Towards the end of its life, a fight clashed between Aduka and a wild elephant with crippled tail from the jungle. It happened in Temenggor Camp. The fight between those two elephants resulted in Aduka falling sick and eventually passed away. For those who had served that area in 1980’s will never forget their memories with Aduka. Now, Aduka’s story has become a legend which is slowly forgotten, engulfed by the lost years.