You might have heard of the saying ‘ular lidi menjadi naga’ (a snake turns into a dragon) which is used quite often and synonymous with the life of the Malay community.

However, today we are not going to unearth the meaning behind that idiom, rather we shall be sharing a story or an interesting myth regarding a gigantic snake.

We all know that dragon is very popular in the Chinese community and in Perak itself there are some mythical stories related to the dragon which have been the talk of the town since long ago.

Among the many well-known mythical stories are; the dragon that battled for a pearl in Sungai Perak, the dragon who stayed under the ground on the Leaning Tower Teluk Intan and many more.

There is one myth, a fascinating folklore that we want to share with you, our readers who may never have heard about it. It all started when the Japanese was in Perak.

At that time, it was said that rumors spread throughout Perak saying that the Japanese troops killed many giant snakes in holes by using a grenade alone. 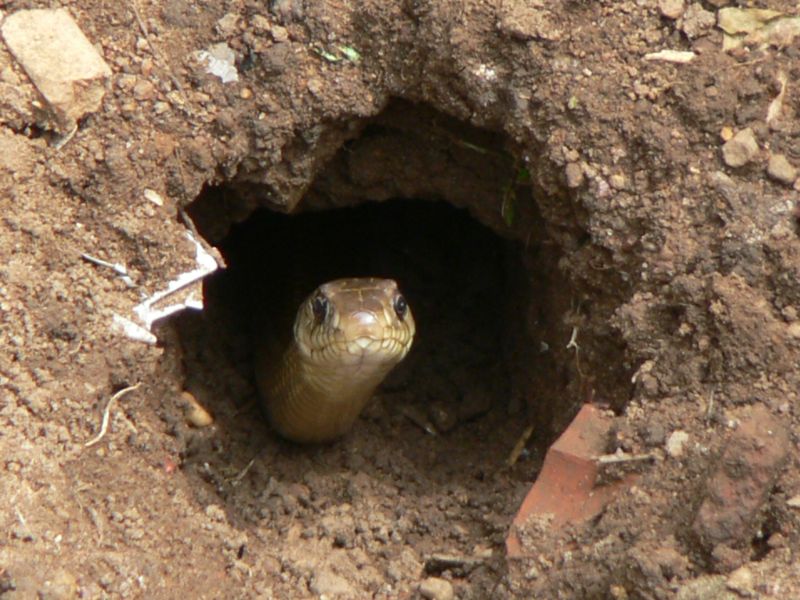 During Japanese occupancy, strange things happened quite often including people vanishing in an area believed to be near to a Japanese military camp settlement. Thus, Japanese military government officials directed their troops to search that hilly forest area.

The Japanese troops started patrolling the area where odd events were said to happen. After a week had passed, they never return to send any reports. The government official suspected something unfortunate happened to all of his men.

Therefore, the Japanese army officer immediately deployed another troop which strengthened the team with 50 military forces to look for those missing soldiers. Unfortunately, the second troop too did not return home after a week of operation.

He was convinced then that his theory was correct; that maybe his men had been hit by a disaster. He suspected that his army were killed or captured by British troops and Malay soldiers.

Without any delay, the Japanese military officer gathered around 300 soldiers to search for the two missing troops in the forest. They followed the footsteps of the previous team which can still be tracked.

After a day walking between the bushes in the wilderness, they felt as if they were standing in a strange area where there was only an open space with no grass. It was so clean as if it was an elf’s village in the middle of the forest. There were also beautiful trees that were well maintained.

While examining the area they’re in, the eyes of a Japanese military officer was attracted to the condition of the trees and the size of a large hole at the foot of the hill. What’s interesting is that he saw the trees around the area bending towards that hole.

The officer assumed that Malay soldiers were hiding in that hole and so ordered his troops to throw all the grenades in the hole. Explosions by explosions lit up, accompanied by a loud noise of what sounded to come from a powerful animal. The continuous grenade blasts collapsed the hill slope and closed the big hole.

As soon as the bomb blast stopped, Japanese military leader directed his troops to examine what’s hidden behind the ruins of the hill. They were extremely surprised to have found a very large snake’s eye as big as a coconut. Due to this, he now commanded the troops to start bombarding the ruins from above.

The second bombardment revealed a gigantic snake’s body with diameter as huge as a crater and it’s head crushed by the grenade explosion. The body of the enormous snake was already covered with growing shrubs, showing that it has been living in the hole long enough.

After the ruins were removed, the Japanese found dozens of guns belonged to their comrades believed to have been eaten by the giant snake. The huge hole was then re-buried by bombing the higher hillside and it eventually covered the snake’s carcass.

The legitimacy of this story cannot be proven since it is just a folklore told orally by the elders to the editor of orangperak.com and there is no solid proof, rather verbal narration from time to time. It is said that the story of the giant snake took place around ​​Slim River, close to the forest which opens towards Banjaran Titiwangsa.